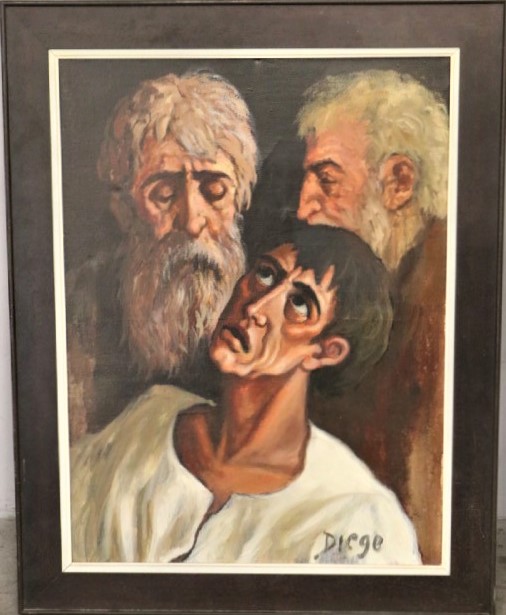 “I purchased another oil painting by Diego. The canvas measures (31 X 23 inches), framed (38 X 30 inches). On the back is Diego printed and below that in English, the title ” The Trial ” which I assume is the trial of the Apostle’s Peter and John with them in the painting stands the cripple that they cured who stood up with Peter and John to defend the Apostles before the threatening Jewish Council. The Council asked them “By what power or in whose name did you do this?””

This painting title “The Trial” was during the time the DIEGO signature began on his works (ca. 1966).  Diego began an exclusive contract to NAFFOUJ Gallery. The frame is the style commonly used by Naffouj for DIEGO as well as other artists. The biography on the back was written by Joy Gibson before she married Jawdat Naffouj. Joy now resides in Canada. Our estimation is the work is around 1966. The historical interpretation certainly to fits what James Thomson wrote.

Herr Dirk Reischauer of Wiesbaden, exactly 40 years ago paid 1,800 in German currency for this canvas by internationally collected artist Antonio Diego Voci (VOH-chee); (1920-1985). He was attracted to Diego’s expression of simplicity, composition, color contrast and depth of distance. But, where is Dirk and his painting today? Contact us at diegovociproject@gmail.com
Experience more color, depth and simplicity at www.diegovociproject.com

Internationally collected #artist Antonio Diego Voci (1920-1985) enjoyed the atmosphere of the open market in the many villages he traveled, the variety of people, the conversations, and capturing the stories from their eyes and their #faces, that he would later remember on canvas. (As shown here on faded polaroids provided by Diego’s widow, Helga Voci, she made these frames.)

Visit us and share your DIEGO #art with #aficionadoes: www.diegovociproject.com

Larry Martel in #Heidelberg, Germany bought “Der Mönch” on Thanksgiving Day. The monks seems to be saying to the artist, “Who is the guy, Diego? Are you sure I can trust him?” Diego’s wife Helga captured this Diego memory on canvas with her polaroid camera in 1975, since faded.

As the internationally collected artist Antonio Diego Voci (1920-1985) #traveled the world he constantly took photos in his mind to replicate on canvas at some later date.  This little gem #painting of a #landscape is an orphan without title year, or size…

“A picture is worth a thousand words”.

This exceptional caricature artist is generously rewarded by New Yorker Magazine for making President Trump look foolish; talented art that effectively reflects the magazine’s political bias. The extreme can become a turn-off too many. 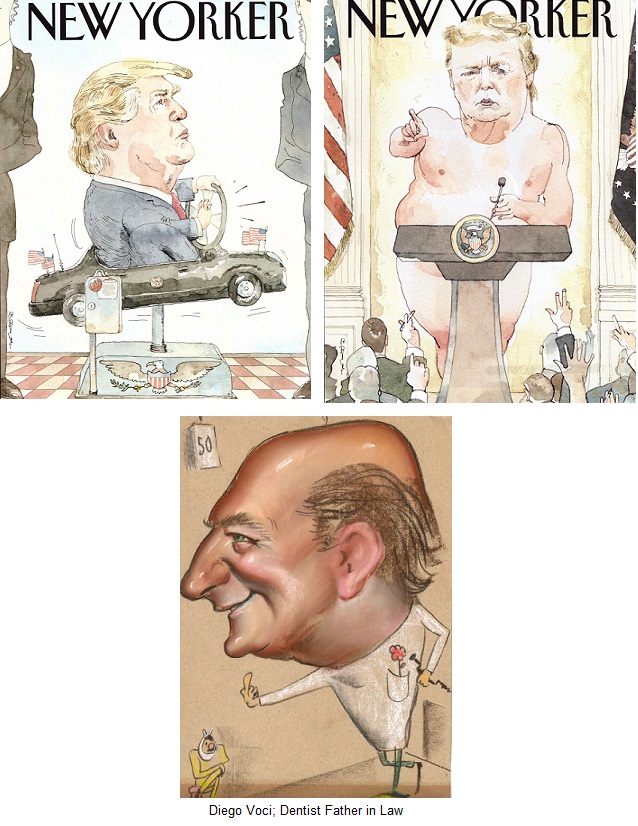 Although Diego avoided politics, his caricatures were exceptional.
Diego used caricature art not only to get quick money, but moreover to study people’s faces that would eventually appear by brush and paint on canvas.*

*To view “The Beauty of Diego” book click here: www.blurb.com/books/5419805-the-beauty-of-diego 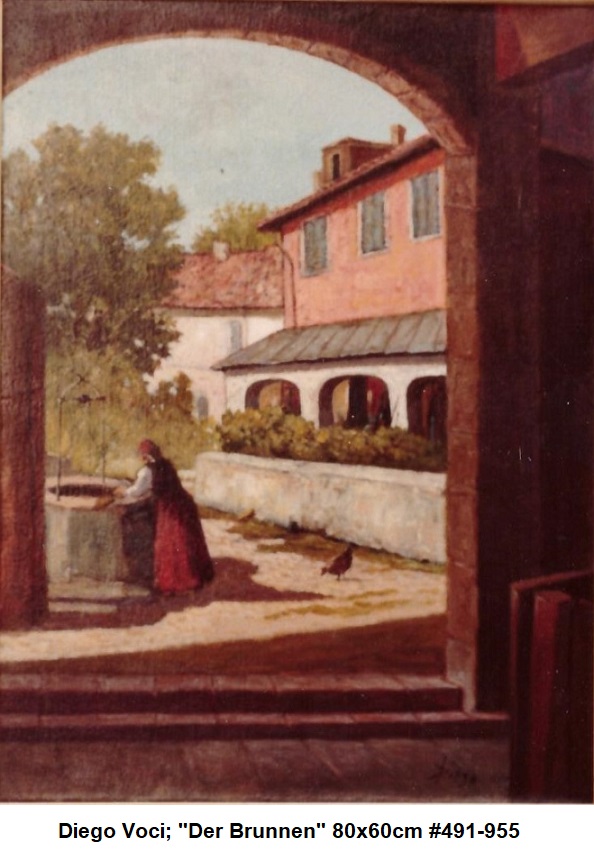 Internationally collected artist Antonio Diego Voci (1920-1985) creates an illusion of distance, making the viewer peer through an arch or window to see his faraway subject. Here are 2 examples (above) from 1976 and 1979.

Have you found or know of a DIEGO artwork? Contact us: diegovociproject@gmail.com

A line in Don McClean’s haunting song about Vincent #VanGogh is “Weathered faces lined in pain are soothed beneath the artist’s loving hand”. The “weathered faces” of people being deported likewise inspired Diego’s hand with brush to canvas.