From Bruegel in Vienna to Basquiat in Paris, Here Are 38 Must-See Museum Shows Worth Traveling for This Fall

Compliments of The Diego Voci Project! Fill your days with Art. Take a look at a #virtual gallery tour: https://youtu.be/taPQlrQmZCY

Can you eat only one potato chip and stop?

Likely no. Many people similarly became addicted to a magnetic appeal of art by internationally collected artist Antonio Diego Voci (1920-1985). Many such collectors who had a dozen or more Diego’s have passed on, and the Diego art works have been scattered.

When Diego passed away back in 1985, Helga (Diego’s widow) had no idea that Diego’s life would create such a legacy to so many. Thanks to the internet, social media, and communication tools, Diego Voci collectors are being discovered every day.

Be a part of Diego Voci’s legacy, assist us (all volunteer) Diego Voci Project Team with locating Diego Voci’s works of art for the Diego Voci Estate Archive. They have been found as far a way as Brussels, Nicaragua, Philippines and Canada. Please email us at diegovociproject@gmail.com how you purchased your first painting, what prompted the second purchase, maybe the third.

Be a part of the Diego Voci Community. 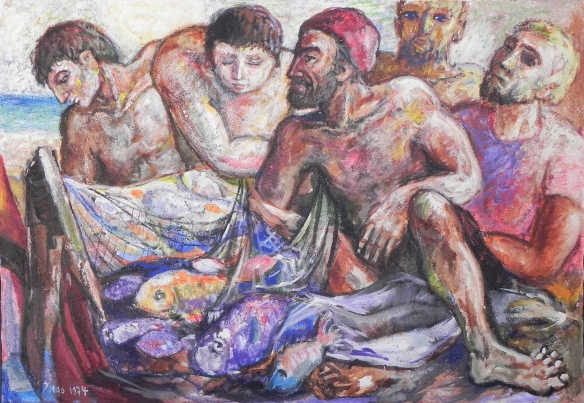