Thanks to Gigi #Guadagnucci while in #Paris, Diego was introduced to Helga Drössler… it is a great chance meeting at “LES DEUX MAGOTS“. Diego said,

“The real academy is in the Cafe…. where you meet so many artists.”

#Antonio DIEGO Voci studied and lived in Paris, #France!  It was a 5 minute walk for Diego from his apartment to meet the woman he was to marry one day…. 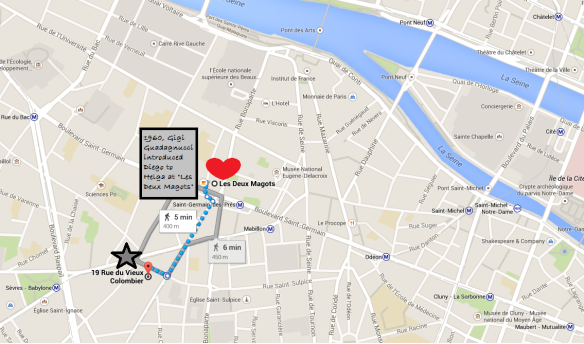 As noted above in his resident permit #PARIS, Click here and see 19 Rue du Vieux Colombier in PARIS TODAY: 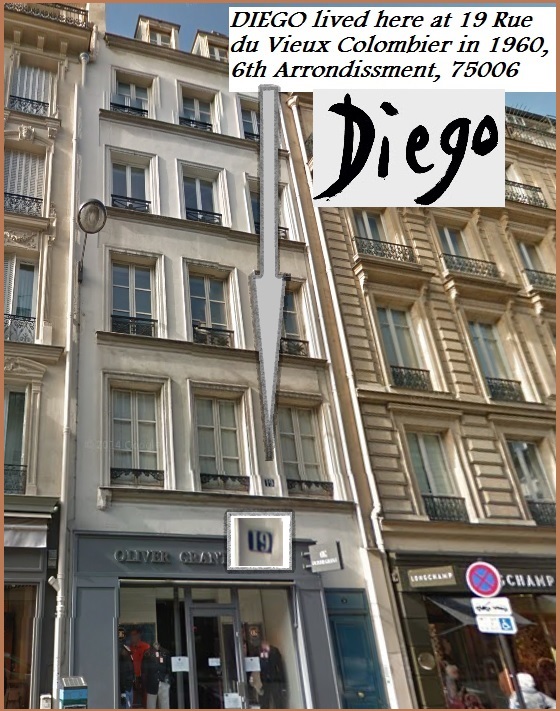