From the voice of Marsha Piper, one of the daughters to the Brown Family;
“My dad, Dr. Ogden (Ted) Brown and mom, Alyce (both deceased), at one point in the seventies had the largest collection of DIEGO Voci artworks. This photo below with DIEGO was taken with them in front of our Colorado Springs home in 1973. DIEGO was our guest as we sponsored a stellar one-man exhibition for him at the Broadmoor Resort. While as guest, DIEGO designed and sewed a fully lined brocade dress for me and my sister Lynda. DIEGO was constantly drawing, and he cooked for our family, selecting and purchasing every little ingredient. A memorable experience.”

The Brown family has dispersed the entire Diego Voci collection with their entire family; staying true to the legacy of Diego Voci. 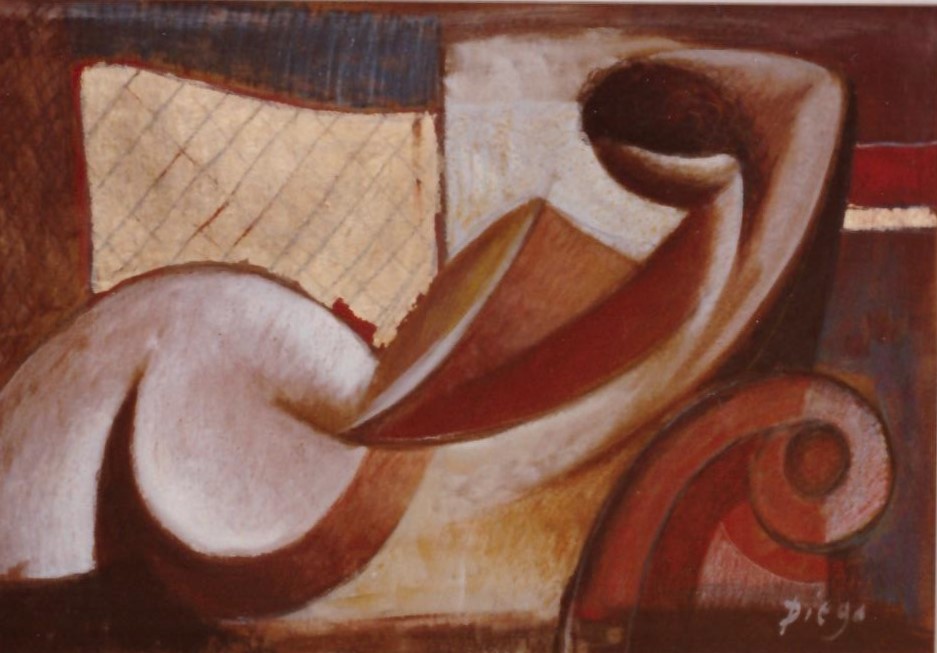 “Liegender Akt” in English means “Laying Act“.  This painting purchased by Randy Anderson back in 1986 in Heidelberg, Germany for $2,000.  Who owns this painting now?  Where is this painting located?

Contact the Diego Voci Project team at diegovociproject@gmail.com with any information on this painting. 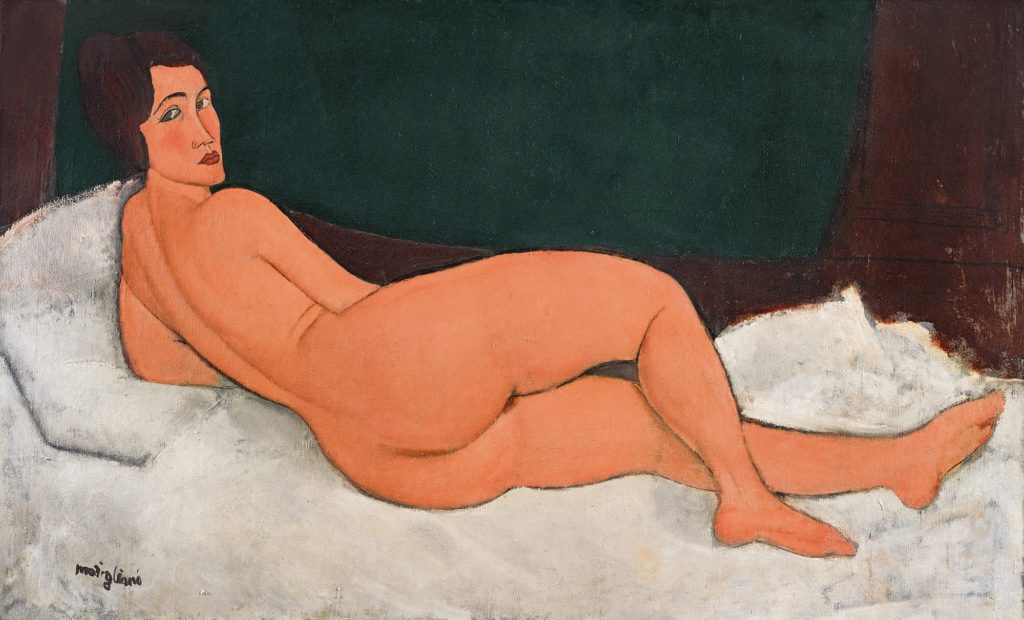 At Sotheby’s, the top lot of the night (May 14, 2018) —and one of the most buzzed-about this season—was Amedeo Modigliani‘s large nude Nu couché (sur le côté gauche) (1917), which carried a $150 million estimate, the most expensive ever placed on a single work at auction. It also had an irrevocable, or third-party, bid placed in advance. The work sold for a premium-inclusive price of $157 million after sparse bidding.

“Modigliani has now joined the ultimate club within the art market at $150 million,” he said at a post-sale press conference. “He’s the only artist who has broken that ceiling twice.”

The Modigliani canvas is part of a prized series of nude paintings, produced between 1916 and 1919, that caused a scandal when they were first shown in Paris. When exhibited in  Berthe Weill’s gallery for what would be the only one-man exhibition that Modigliani during his lifetime, a sizable crowd outside raised the curiosity of the police, who shut down the show after two days. (Only two drawings sold.)

Worth the view; Some of Modigliani’s Most Seductive Portraits Were Once Censored by Police—See Them Here https://news.artnet.com/exhibitions/modigliani-tate-london-1232252