On this day on 10 August (1920) in Gasperina, Italy, Giuseppe Antonio Voci and Arcangela Messina Voci welcomed their second son, Antonio Innocenzo Voci  into this world… nicknamed “Toto” as a kid.  Antonio Voci never liked his middle name Innnocenzo.  It does not appear again in official documents other than the birth certificate on file in Gasperina.  He took the nickname “Diego”.

Tony Voci, nephew to Diego recalls traveling in Europe with his artist Uncle and about every hour they would stop at a café for a smoke and espresso.  To the surprise of Tony Voci, Diego was greeted as “Diego” everywhere.   “Diego” was his own celebrity. 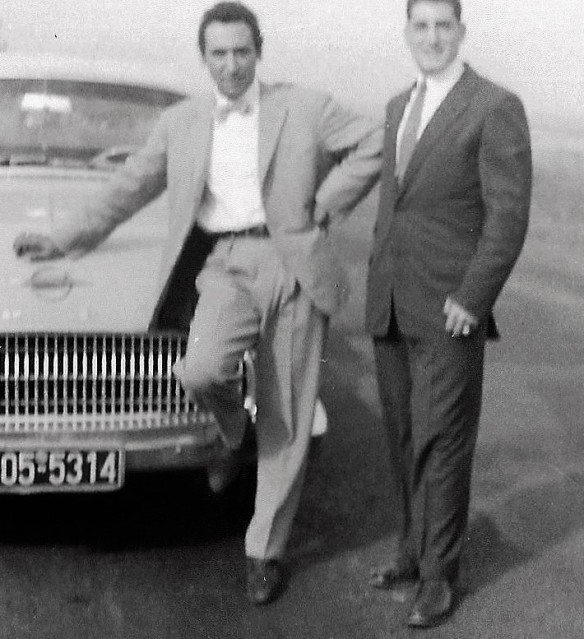 The name “Diego” signed on his artwork didn’t come into play until 1966.  At encouragement of Naffouj Gallery he began signing his paintings “Diego”.  Prior to that it was some form of VOCI.  See signature section on #Wikipedia:   https://en.wikipedia.org/wiki/Antonio_Diego_Voci#Gallery

The last known official document during Diego’s life was his 1976 Taunusstein Germany residence registration (see below) where “Diego” is listed as his middle name. 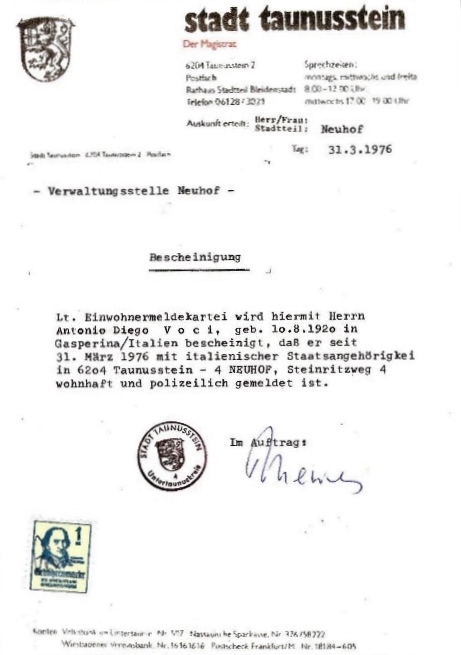 Some have wondered if Diego would have been more famous keeping the more unique name “Innocenzo” as his signature, rather than get lost in a swelling sea of Diegos, “Diego who?” .

P.S. The mayor of #Gasperina, Gregorio #Gallello, just friended us on our Diego Voci Facebook Page:  https://www.facebook.com/diego.voci Come and Join us!

1 thought on “WHEN DID #INNOCENZO BECOME #DIEGO?”